Please read this inspiring story of how a family in Dubuque, Iowa turned a day of grief into a day of giving.

Sarah and Nick Ryan lost their little boy, Elliott, just days after he was born. After years of grieving during his day of passing (October 5th), the Ryan family decided that they would “turn their grief into good” and commited to doing Random Acts of Kindness as a tribute to their sweet son, Elliott. 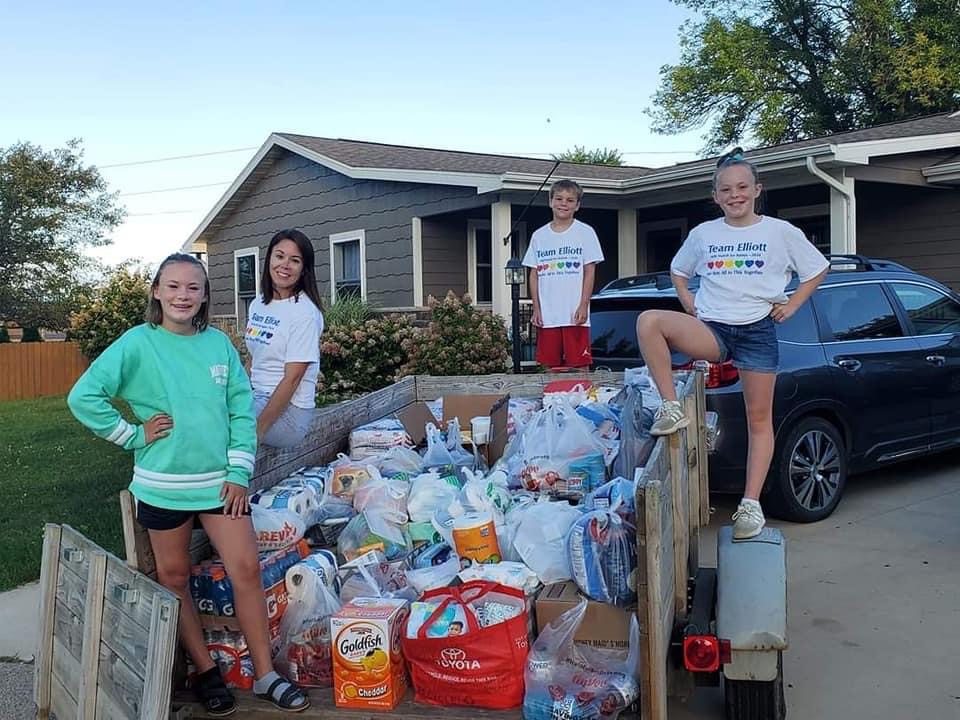 After the August 10th derecho in Cedar Rapids, Tabitha McVay was working in her yard with family and friends, cutting up huge mature trees that landed on her deck when a vehicle pulled up with Dubuque license plates. Tabitha says the group of four walked right up to her saying, “We are here to help! Many hands make for light work.”

Tabitha said she was overwhelmed that perfect strangers would be so eager to jump in and help at a time when she and her neighbors were in dire need. “The cleanup went so much faster after the Ryan family and friends showed up, they brought two chainsaws with them, they were such a blessing to us and our neighborhood.” Seeing how much more work needed to be done, the Ryan family went back home to Dubuque, gathered a trailer full of supplies, recruited more volunteers and showed up three days later to help even more families in Cedar Rapids and Mechanicsville.

Tabitha said she noticed the Ryan family wearing hats and shirts with the logo “TEAM ELLIOTT” on them. When she asked about the meaning behind the team name, Sarah Ryan explained, “We created Team Elliott after we lost our son. Our family decided to do good deeds in his honor, as a way to have his memory and legacy live on.” 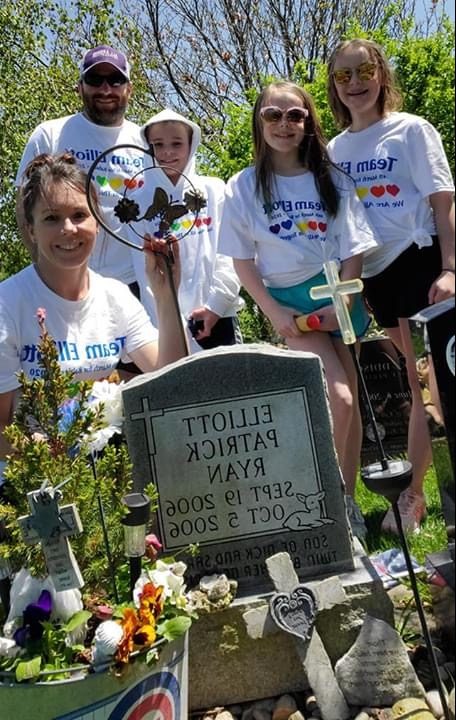 On September 19, 2006 Sarah delivered twins prematurely at 30 weeks at UIHC. Addison weighed 3lb 4 oz and spent 81 days in the NICU. Her twin brother Elliott weighed 2lb 3 oz and spent 16 days on earth before he became an angel. To honor Elliott’s memory, the Ryan family has been devoted to the March of Dimes, raising close to $300,000 to join in the mission to end prematurity, infant loss and birth defects.

After the loss of their son, Sarah said she felt very alone. She said as a family they would go through the ups and downs of grieving, especially around the anniversary of Elliott leaving this world on October 5th. “One year I was feeling especially sad and then it hit me… Elliott does not want us to be sad, he wants us to feel good by doing good,” Sarah said, “So as a family we made a conscious choice to turn our grief into good. We started doing random acts of kindness in Elliott’s honor.”

Sarah says they do their random acts of kindness with their children (ages 9, 11 and 13) and says no act of kindness is too small, “Your random act of kindness doesn’t have to be donating thousands of dollars or anything elaborate. For example, one year we were told a student was being bullied at school for having holes in her shoes, so we went to the store as a family and picked out a new pair of shoes to give her. My kids were able to witness her whole face light up when she received her new shoes.”

We are inspired to give in many different ways: physical labor, financially, with our time, running errands, be a listening ear, etc.

“Doing good for others with Team Elliott has become a positive outlet to help manage our grief,” Sarah says. Helping out families like Tabitha’s in Cedar Rapids is just one way the Ryan family is carrying on Elliott’s memory.

The aftermath of any storm or crisis offers each of us an opportunity to step outside our own concerns and, as the Ryan family says, “Be the good,” for others.

Hearing this inspiring story of how the Ryan family chose to turn their grief into a life of service reminds me to ask myself the question, “In what ways can I be of service to others?”

Let’s celebrate Elliott’s life by committing to doing a Random Act of Kindness with the Ryan family.

In many ways, sending a HappyGram to a loved one is doing a random act of kindness… just think of how happy your loved one feels when they receive a thoughful note from you!

It only takes a moment to make someone’s day!